Storyteller on the road: A Toronto postcard 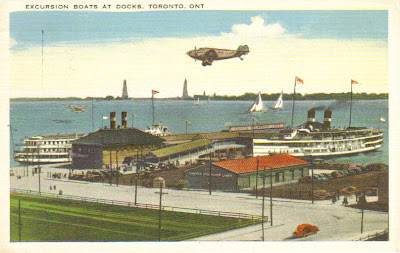 Another note from the storytelling odyssey that is my month of April.  I had a VERY long day on Tuesday. I woke up early in the morning, and storyteller Ruthanne Edward kindly picked me up and took me to the airport, for which she earns lots of celestial karma, I am sure.

I flew Porter into Toronto Island, the first time I've flown them. I loved it. I loved skipping Pierson altogether, and ending up right downtown. Emily Pohl-Weary was there to meet me, waving from beyond the sea of men in suits.

I met Emily in Happy Valley-Goose Bay at the Labrador Creative Arts Festival a few years ago. She is an author, poet, comic book writer, youth organizer and the type of community arts activist I love doing stuff with. I'd done a workshop for her Parkdale Writers group before, and had said I'd do it again. She asked me to do a workshop for a native men's writing group at a place called Sagatay (a new beginning), a transitional shelter developed and operated by Native Men’s Residence (Na-Me-Res). So after breakfast at the Tequila Bookworm, we went off to Sagatay.

I told a few supernatural stories, and the guys started in with stories of the Wendigo, little people, ghosts and hauntings. I had them map out the community they grew up in, and tell each other stories about that place, and then everyone did a writing exercise about one of the stories they had told.

After than, Emily and I booted it to Parkdale Library, where Emily runs the Parkdale Writers group, or as their website describes it, a "free writing group in Toronto's west-end led by kick-ass local authors, comics artists, filmmakers, hip hop poets, and street artists."

I started them all in on a fairytale workshop, telling the Brothers Grimm version of Cinderella, complete with toes getting cut off and eyeballs getting plucked out. Then I taught them how I teach storytelling to younger kids, teaching them all the tools to be able to do that themselves in the future. All of them worked with a short traditional pourquoi tale or Aesop's fable, and ALL of them told their story in front of the group. I was impressed at how supportive they were of each other, and even the shyest of them felt comfortable enough in the group to share their story, a testament to the kind of work that Emily is doing.

Afterwards, most of the group stuck around for another hour, and we talked about art and working as an artist, storytelling, and how to get started doing what you love and making money at it.

A late subway and bus to the Cousin Cindy Slaney-Miller Bed and Breakfast, where she fed me, as always (mmm, homemade macaroni and cheese...) and put me to bed.

Then, the next morning, less than 24 hours from when I arrived, I was back at the lovely Porter lounge, waiting for my flight to the US. If you ever need to fly from Toronto to Chicago, trust me, there are about a thousand less headaches flying Porter than flying anything that goes through Pierson. Just a little plug for Porter there (anytime you want to thank me by sponsoring the St. John's Storytelling Festival, just let me know, Porter Management!).