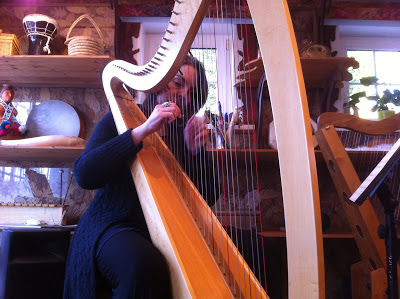 Well, my Belgian adventures continued today, starting with breakfast with Veva, Dieter, Lander and Jasper, and Veva serenading me on the harp. Then, a leisurely walk along the old city walls of Lier, which turned into a stroll through the Lier Begijnhof, a UNESCO world heritage site. 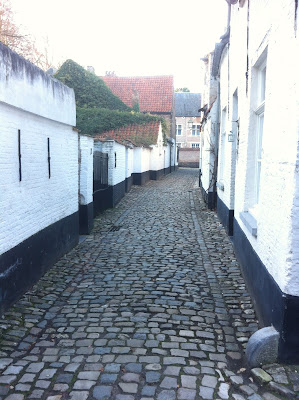 Near the centre of Lier is the Zimmer Tower, an amazing central clock tower, with an elaborate working clock, and adjacent museum with an even more fantastical clock, which keeps track of just about everything celestial you could possibly conceive - 92 clocks in one timepiece! A bit big for my mantel piece, perhaps? 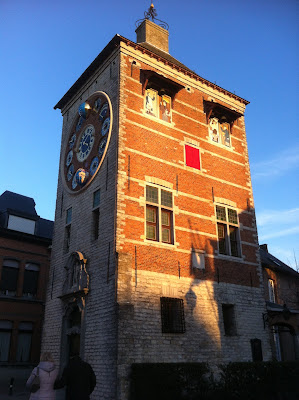 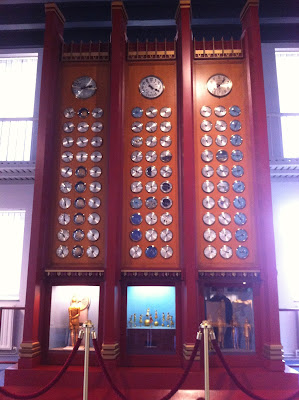 All that walking and horological learning had us hungry, so off we went for waffles. Amazing waffles. Waffles with icing sugar, black cherries, cream, ice-cream, and bananas. Then, Veva took me to Mechelen, where I have intangible cultural heritage meetings tomorrow, and where I had a fabulous Moroccan tajine at RONDA, and where I also later had a good chat with the wonderful Joanne Orr from Museums Galleries Scotland (whom I once made polka with me in Quebec City - a story for another time). And now, I shall tumble into bed, and dream of waffles. I love Belgium. 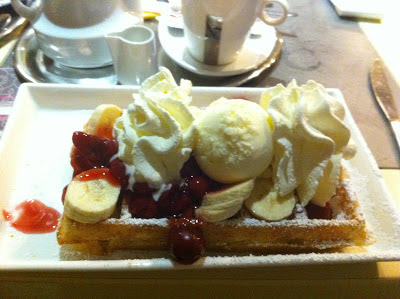